Jean-Claude Diels started his career in research constructing a CO2 laser as part of his one year military service (too long) in Belgium. He went then for 5 years (much too long) as a Research Scientist in the fundamental research laboratories of “Philips Gloelampenfabrik” in Eindhoven, with assignment to “do modern research” with “unlimited budget" (which was soon exceeded). He spent the next 3 years (way too short) to do Ph.D. thesis research on coherent pulse propagation in two level systems with Professor Erwin L. Hahn at UC Berkeley. The next two years (too long) were spent at the Max Plank Institute with Professor Fritz Schaefer, the colorful (usually covered with red) father of dye lasers. He got an appointment as an Associate Research Professor at the University of Southern California (“What??? I have to raise my own salary?”). After experiencing the “Centre d’Energie Atomique” of Saclay near Paris (not the Texan Paris), and before the collapse of the Center for Laser Studies at USC, he moved to the CAQE (Center for Applied Quantum Electronics) of the University of North Texas in Denton, where he stayed for 5 years (too long), interrupted by a sabbatical at the University of Bordeaux, France. He has been since … (much too long) at the University of New Mexico, where he graduated more than 50 PhD students.

He co-authored with Wolfgang Rudolph the graduate textbook Ultrashort Laser Pulse Phenomena: Fundamentals, Techniques and Applications on a Femtosecond Time Scale and with Ladan Arrisian the book, Lasers: The Power and Precision of Light, celebrating the 50th anniversary of the laser, and published 5 book chapters.

He is the recipient of the 51st Annual Research Lecturer Award (April 2006), and of the 2006 Engineering Excellence Award of the Optical Society of America. 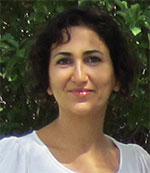 Ladan Arissian holds the appointments of Associated research Professor at the University of New Mexico (CHTM) and Adjunct Professor at the University of Ottawa in the group of Professor Paul Corkum.  She was previously  Research Associate of the Physics Department of Texas A&M University, performing research in attosecond science at the National Research Council of Canada. She obtained graduate degrees in various physics disciplines, a Ph.D. in Optical science and Engineering from the University of New Mexico in 2007, an M.Sc. in Nuclear Engineering (Medical Imaging) and an M.Sc. in Theoretical Condensed Matter Physics. Besides her interest in research she has been involved in teaching from high school level physics to graduate courses in Optics. Dr. Arissian has published a book intended for the general public for the 50th anniversary of the laser (“The Power and Precision of Light”), 4 book chapters, 40 refereed articles,  46 invited papers, 67 contributed  conference presentations, and holds 7 patents in various areas of laser physics 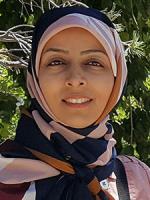 Hanieh obtained a Bachelor of Science in physics in 2006 and a Master of Science in photonics from the University of Shahid Beheshti (Tehran, Iran) in 2009. In 2015 she was awarded a Master of Science degree in Optical Science and Engineering from the University of New Mexico. In Dr. Diels' group, Hanieh implements intracavity phase interferometry in mode locked fiber lasers. Polarization maintaining, mode-locked fiber lasers are the most promising lasers for IPI because they offer the possibility to have two orthogonally polarized pulses circulating independently in a linear cavity. 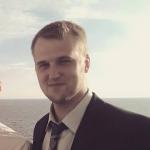 Luke graduated from Bethel University (Saint Paul, MN) in 2016 with a bachelor's degree in physics. There he worked in Dr. Chad Hoyt's laser cooling lab studying the dynamics of a lithium magneto optical trap. In August of 2016 Luke began working in the concentrating solar power (CSP) group at Sandia National Labs where he developed a thermal analysis tool. The first of its kind, this tool aids in the analysis and elimination of thermal hazards associated with the concentrated sunlight present in the airspace surrounding a CSP plant. Now a Ph.D. student in the optical science and engineering program at UNM, Luke has been aiding in filamentation, Intracavity phase Interferometry, and fiber OPO projects in Dr. Diels' labs since May of 2017. 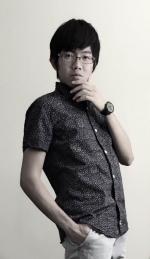 Ning received his Bachelors of Science and Master of Science in Optics in 2011 and 2012 from National Central University in Taiwan. He was supervised by Dr. Yen-Hung Chen and involved in the design and fabrication of versatile aperiodically poled lithium niobate (APLN) applying in solid states lasers. He has joined Dr. Diels group since January of 2014, and his research is focusing on self-focusing (filamentation), on control and characterization of ultrashort laser pulse, and defocusing on second order nonlinear optics. 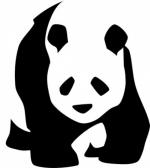 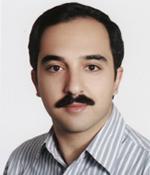