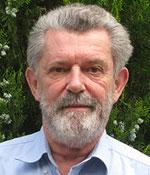 opinion.pdf
Past and Present Research:

Jean-Claude Diels started his career in research constructing a CO2 laser as part of his one year military service (too long) in Belgium. He went then for 5 years (much too long) as a Research Scientist in the fundamental research laboratories of “Philips Gloelampenfabrik” in Eindhoven, with assignment to “do modern research” with “unlimited budget" (which was soon exceeded). He spent the next 3 years (way too short) to do Ph.D. thesis research on coherent pulse propagation in two level systems with Professor Erwin L. Hahn at UC Berkeley. The next two years (too long) were spent at the Max Plank Institute with Professor Fritz Schaefer, the colorful (usually covered with red) father of dye lasers. He got an appointment as an Associate Research Professor at the University of Southern California (“What??? I have to raise my own salary?”). After experiencing the “Centre d’Energie Atomique” of Saclay near Paris (not the Texan Paris), and before the collapse of the Center for Laser Studies at USC, he moved to the CAQE (Center for Applied Quantum Electronics) of the University of North Texas in Denton, where he stayed for 5 years (too long), interrupted by a sabbatical at the University of Bordeaux, France. He has been since … (much too long) at the University of New Mexico, where he graduated more than 50 PhD students.

He co-authored with Wolfgang Rudolph the graduate textbook Ultrashort Laser Pulse Phenomena: Fundamentals, Techniques and Applications on a Femtosecond Time Scale and with Ladan Arrisian the book, Lasers: The Power and Precision of Light, celebrating the 50th anniversary of the laser, and published 5 book chapters.

He is the recipient of the 51st Annual Research Lecturer Award (April 2006), and of the 2006 Engineering Excellence Award of the Optical Society of America.